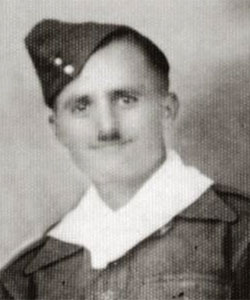 Savvas was born in Karavas. He got married to Charita Ioannou from the village of Elia and together they had 2 children; Panayiotis (25 yrs) and Eleni (23 yrs). His family owned the hotel and restaurant “NERAIDA” on the beach of “Exi Mili. Both father and son were brutally killed by the Turkish Invaders, along with 10 other people, in the afternoon of July 21st 1974. Their remains were found and identified through a DNA analysis and their funeral took place on September 6, 2008 at the church of Saint Nicolaos, Engkomi.