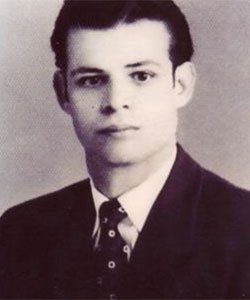 Costas was the son of Antonis Nikita. He remained enclaved in Karavas along with his father. At the beginning of August 1974, he got arrested by the Turks and was led to the police station of Kyrenia where he was interrogated. He was last seen at the police station on August 11. His remains were identified through a DNA analysis and his funeral took place on January 14, 2013 at Saint Constantinos and Eleni cemetery in Nicosia.