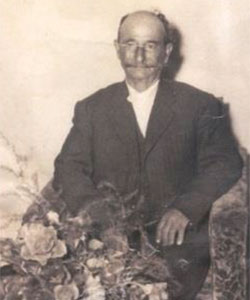 Frangeskos was the last secretary that served the coop of Karavas called “SOTERIA”. He was a decent, honest man, a true benefactor of the town. He was fiercely murdered in his house on August 6, 1974 when the Turkish troops entered Karavas. His remains were found and identified and his funeral took place recently at the church of Saint Nicolaos of the Holy Bishopric of Tamasos and Orini. The ceremony was performed on February 21, 2009, by Bishop Isaias who happens to be Frangeskos’ great grandson and the Bishop of Kyrenia, Pavlos.