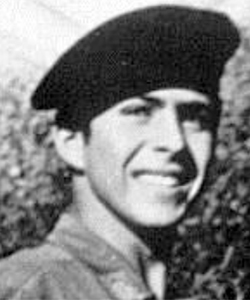 Michalakis was born to Stavros Zambas (police officer) from Karavas and Irene from Chios. He won the national tennis championship 6 years in a row. He was a lieutenant of the armored corps. Michalakis was killed on July 22, 1974 during an air bombing attack against the military camp of the Hellenic Forces in Cyprus. He was initially buried at the Military Cemetery of Lakatamia until 2001 when his remains were identified through the P.H.R. project. His memorial service took place at the church of Apostolos Varnavas in Dasoupoli. He was reburied in the cemetery of Makedonitissa.